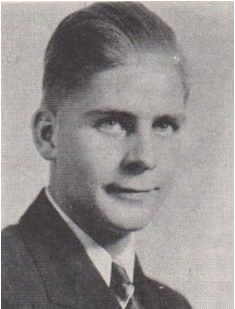 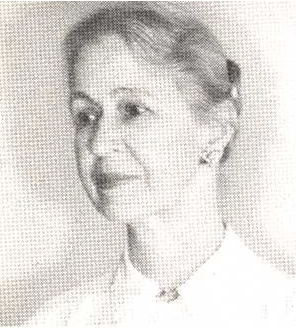 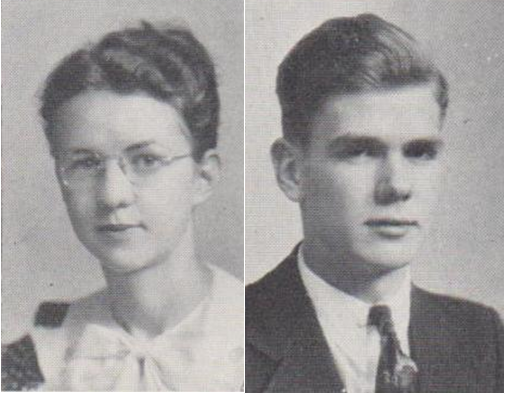 Left to right:  Charles A. Alseth, Rosamond Burgi-Hall, Helen (Brown) Daniels and Bernard Daniels, are among several of the many memorialized with a named scholarship, available each year to deserving high school graduating seniors from the Yankton College Scholarship Program.

One to two scholarships are annually awarded from a gift perpetually endowed in memory of Charles A. Alseth ’41 for his life-long devotion to Yankton College. Following the same educational path as many in his family, Alseth chose to earn a degree from Yankton College like his father, an aunt, a sister and a brother did before him. Established in 2012.

Endowed in their memory by their children, Myrna Andersen ’63 and Virgil Andersen ’65.  The Andersen family wishes t offer the annual scholarship opportunity to individuals who “might slip through the cracks” of the financial aid process and be blocked from achieving a meaningful lifetime career.  Established in 2017.

Endowed by Louise Davis Bennett-Walter in memory of Millard Bennet ’37, her first husband, who was killed on a training flight while serving as a flight instructor at the U.S. Naval Station in Florida.  Later, she married Donald Walter ’39, who was a first cousin of Millard and a good friend.  Mrs. Walter, a former YC Miss Pioneer, remarked that men exemplified good values encouraged throughout their years at Yankton College and it seemed appropriate to name the scholarship in honor of both of them.  Established in 2000.

In recognition of the significant endowment provided over the years to Yankton College by Helen (Brown ’34) and Bernard T. Daniels ’35 in honor of their parents:  Olive (Gerald) and Matthew Brown ’09 (who went on to become a Rhodes Scholar) and Emma and Israel Daniels x12.  Their relationship to the College between them all “run long and deep.”  Established in 1990.

Given in recognition of Rosamond Burgi-Hall for her many years of service to Yankton College as a superior foreign language teacher and scholar.

Leading up to their 50th class reunion in 2012 the Yankton College Class of 1962 expressed their support of higher education by establishing a scholarship in perpetuity under the leadership of Carol (Kasulka ’62) Boos.  Classmates responded generously when Boos asked for their support, “Imagine the excitement of receiving a scholarship. The scholarship money would open the door to an education.”  Established in 2012.

Endowed by Robert S. Rivola “in respect” to his family members who attended the College:  mother, Flora (Shufelt ‘39) Rivola (who called herself a “perennial student”) and his sisters, Glennys (Rivola ‘29) Heiner and Helen (Rivola ‘32) Fawcett.  Robert’s father, Charles, “carried the mail” daily to Yankton College as a postal worker for the USPS. Established in 2000.

This scholarship is awarded in keeping with the intellectual, educational, and spiritual legacy of the Isabel Reedy-Sattler, a Yankton College graduate, Board of Trustee and recipient of the YC Honorary Doctorate of Humanities.  Isabel graduated with honors from Yankton College in 1940. During her Yankton College years, she was a leader in their renowned speech and debate program.  Those communication skills were the foundation for her many contributions to civic life at local, regional and national levels of government and to non-profit organizations.  This scholarship goes specifically to a Yankton High School senior every two years ending in odd numbers and is selected by the YHS Scholarship Committee.  Established in 2006.

Endowed by Nell (Schanck ‘42 Ed) Tollefson, with her husband, LaVerne.  Nell attended Yankton College from 1941 to 1942 to earn her two-year State Elementary Teaching certificate while working for her room and board in a private home at Fantles Clothing Store.  According to Nell’s obituary and YC archives, during an annual May Fete ceremony in 1941, Nell was involved in the theatrical production of ‘Alice in Wonderland’ performed in the outdoor Garden Terrace Theatre on the college campus and also played clarinet in the college band.  Later, Nell earned her BA at Huron College in 1956 and spent a lifetime teaching students in the Huron School District.  She and her husband, also an educator and coach, never had children, but they considered their beloved students, their “family.”

This scholarship is granted by the Ward family in memory of Reverend Dr. Donald B. Ward, the eighth president of Yankton College serving from 1962 – 70 who recalled those years as a “glorious chapter in my life.”  This scholarship is awarded in keeping with the intellectual, educational and spiritual legacy of  Rev. Dr. Ward, the great grandson of Joseph Ward, the founder of Yankton College.  This scholarship goes specifically to a Yankton High School senior every two years ending in odd numbers and is selected by the YHS Scholarship Committee.  Established in 1995.

The Carl and Cle Youngworth Scholarship-$1,000

Endowed in memory of Cle (Heck ‘28) and Carl Youngworth ‘19 for their legacy at Yankton College.  Carl began his years at Yankton College as a student-athlete and went on to become teacher-coach.  He met Cle while she attended Yankton College and married her spending 67 years of marriage together. They both made significant contributions to the College where they devoted themselves to generations of students and athletes. Established in 1990. 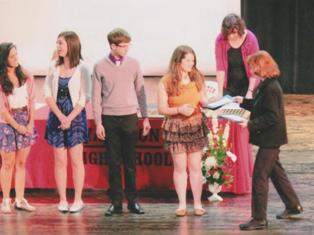